The Curtains are Opening in Theater 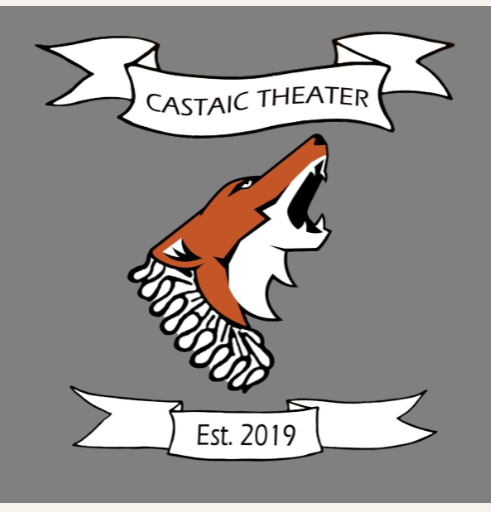 We interviewed Mrs. Mistry and several students about the theater program.

Q) What made you interested in being a drama teacher?
“I had an amazing theater teacher at school who really helped me to believe that I could do anything. He helped me see that taking risks in the rehearsal room leads to truthful performances on stage. He encouraged me to be the best that I could be and I wanted to help others feel that way too.”
Q) How long have you been teaching drama?
“I qualified in 2005 and worked as a theater teacher in the UK. There I worked in two very different schools, previously moving to Canada and then the USA in June 2014. I had two children and spent some time at home. Afterward, I began working with Valencia High School in the theater department, directing plays for Theater 3. I then took a job at Rio Norte Junior high school running the theater program there in Jan 2018 and moved into this role at Castaic this year.”
Q) What made you come to Castaic high school?
“I used to work as a high school drama teacher in the UK, running a performing arts department with lots of like-minded, creative, and passionate teachers.

When I heard about CHS being built and the approach to grading I was inspired and was really keen to work with all the staff here. The facilities offered are also beyond amazing and the icing on the cake was meeting such a wide range of students from all across Santa Clarita and beyond. What a gift it is to be here.”

Q) What is your favorite thing about being a drama teacher?
“There are two things really, I love rehearsals and experimenting with moments on stage. Seeing what the students bring to the play when they breathe life into the characters is inspiring. We have so much fun playing around with moments and thinking about how we can tell the story with honesty on stage. The other thing that is wonderful is when a student just nails it, they bring everything they have to a moment and the audience gets it, they connect. It’s the best feeling ever.”
Q) What made you choose these plays?
“The plays we have been working on in class are both really different.

The first is a play called ‘All the Ways the World Will End, But Not You’. It is a sort of parody of a TED talk with two ‘experts’ who are talking about their theories on the end of the world. It’s comical and over the top with lots of parodies of tv programs like ‘The Walking Dead’.

The other is a play called ‘#Viral’. It tells the story of a group of friends who take a prank too far, someone films it and it goes viral. The characters all played a role in the event and we see how they deal with the aftermath.” 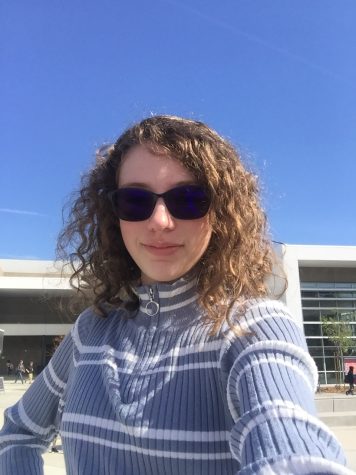 Q) What is your role in the play?
My role in the play, ‘All the Ways the World Will End, But Not You’ Megan.
Q) What is your favorite scene in this play?
My favorite scene from the play is either lonely planet or the end scene.
Q) How long have you been doing drama?
This is actually my first year of doing drama so it is a brand new experience for me.
Q) What is one thing you have learned from Mrs. Mistry this year?
I’ve learned to be yourself and exaggerate, you don’t need to be hidden in the shadows.
Q) Will you be returning to Theater next year?
I will definitely be coming back because this has been a very memorable and amazing experience for me. 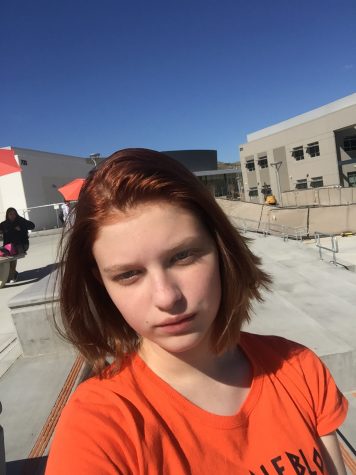 Q) How long have you been doing drama?
I’ve been doing theater since I was in 7th grade.
Q) What are some of the things you do during class?
We work a lot on physicality and tone of voice, really bringing the character from the page into a real person.
Q) What is one thing you have learned from Mrs. Mistry this year?
One thing I’ve learned is that you have a lot more freedom than what is written in the script. You can decide how the character does many things in a scene like the way they walk. Or your tone of voice can really affect a scene.
Q) What is one of your favorite things about theater?
My favorite thing about theater is that I get to step away from my own life. I get to leave behind my life and my problems. I become someone totally different with a totally different set of problems, a totally different life.
Q) Are you going to continue with theater all throughout high school?
I believe so, I really enjoy theater and I really hope that I can keep doing it.

Be sure to check the many plays that will be coming up in these next 4 years.

If you are interested in doing theater next school year ask Mrs. Mistry in room 504 or ask Mr. Hodge about adding it to your schedule when you have your appointment to talk about your classes for the 2020-2021 school year.