Women’s Fashion Throughout The Decades 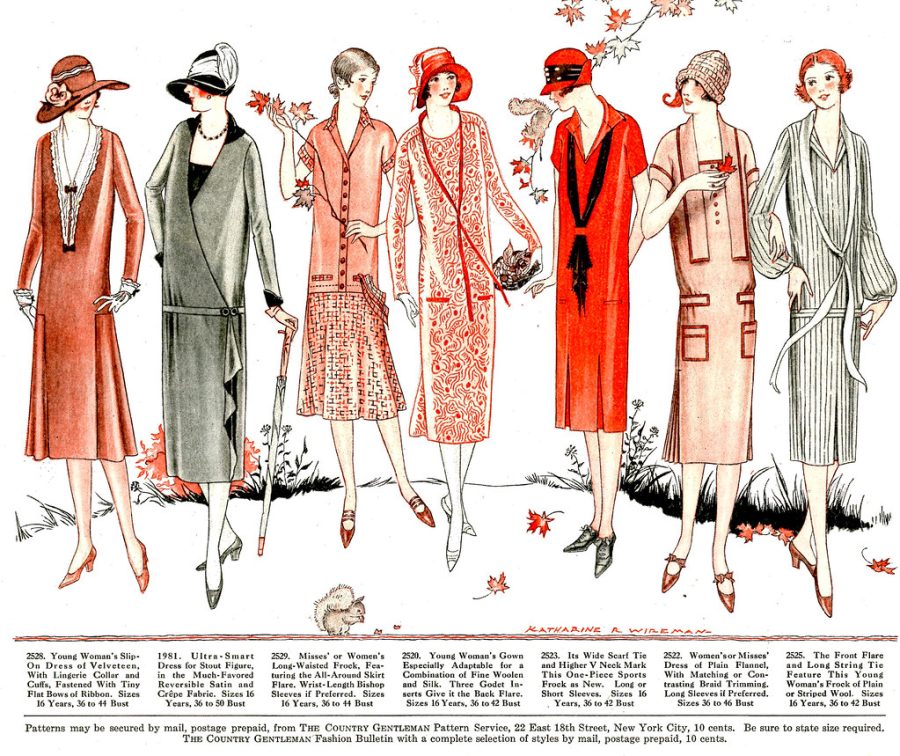 There have been a lot of different dress styles over the decades.

Women’s fashion has changed drastically throughout the years, from wearing large puffy gowns to skinny jeans and crop tops. Each decade was based on standards that women had to meet about their looks and how they act.

Starting with the outfits from the 1900s. In the 1910s fashion was divided into two separate styles, before the war, and after the war. The 1910s had started with a more soft and subtle outline of the silhouette. The dress mostly worn in this era was the G&E spitzer which had shown the “s-curve” shown mainly in the decade before but not as obvious. It relied on a top-heavy style but became less popular as dresses started to taper towards the bottom of the dress. 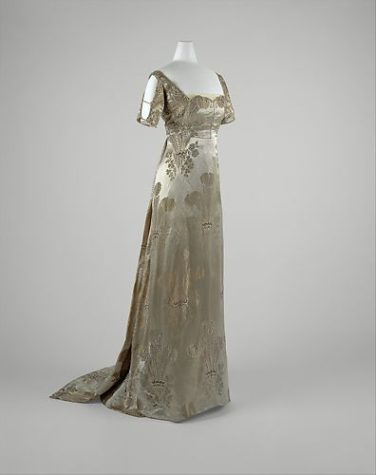 The 1920’s silhouette was used to reflect the era’s sense of freedom through being loose, slender, dropping waistlines, and shortening hemlines. For their everyday wear, women wore casual cotton house dresses that were sometimes handmade. House dresses were loose pullover dresses that had variations of colorful patterns, such as plaid, vertical stripes, and vertical lines. When more appliances like aprons were created, women could wear more sophisticated dresses throughout the day. The look for women changed from cotton house dresses, to a tighter and feminine-looking silhouette. Cally Blackman, a lecturer of fashion at Central Saint Martins, writes in her book 100 Years Of Fashion “By the early 1930s, the fashionable silhouette was evolving into a slender, elongated torso with widening shoulders and a neat head with softly waved short hair.” The main design of the dresses was to create a slender waist like an hourglass shape and make women look taller by flaring out the ankles, which is seen in many illustrations from 1935.

The look for women changed from cotton house dresses, to a tighter and feminine-looking silhouette. Cally Blackman, a lecturer of fashion at Central Saint Martins, writes in her book 100 Years Of Fashion “By the early 1930s, the fashionable silhouette was evolving into a slender, elongated torso with widening shoulders and a neat head with softly waved short hair.” The main design of the dresses was to create a slender waist like an hourglass shape and make women look taller by flaring out the ankles, which is seen in many illustrations from 1935. 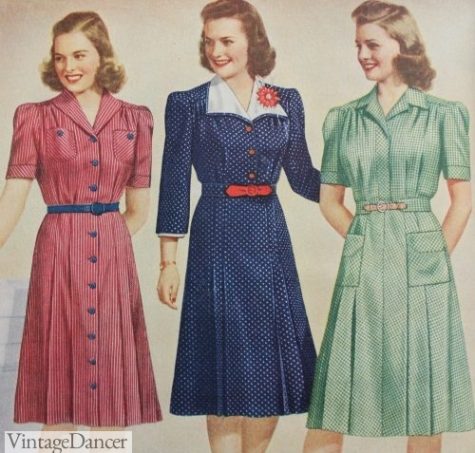 The end of the 1930s had brought World War II with it, which had a major impact on fashion in the first half of the new decade and after the war ended. France had been established as the center of women’s fashion design. Shortly after these German forces had occupied Paris, some stayed and continued to design. Dresses seen in France were shorter and more “a-line” and had collars and puffy sleeves. Outside of France, the look of utility dresses and uniforms were adopted and added into women’s fashion. The look added shoulder pads, a nipped waist, and hems below the knee.

The 1950s was the decade that had one of the most popular looks and dominated women’s history. Christian Dior came out with a new look in February of 1947 and was an immediate success. The nipped waist and skirted silhouette continued to be the number one trend, up until the mid-1950s. This silhouette started to become straighter and slimmer, and fashion started to gain the “teenager” look as the elegance factor started to disappear. Dior continued to release looks that had followed the feminine look including new elements such as a structural collar.  Skirt suits were one of those outfits, continuing to show these newer elements. While the silhouette looks changed, it stayed the same in evening gowns and day dresses. 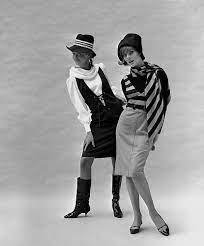 There were three main trends for women in the 1960s, mod fashion, beatnik fashion, and hippie fashion. The sixties was an era of fashion rebellion and self-expression. Mod fashion was commonly a creative and bold look that originated in London. Beatnik fashion was worn by individuals who preferred a more artsy look with black turtlenecks, trousers, berets, and striped tops. Out of all of these, the most well-known is hippie fashion. The hippie group was heavily known for their rebellious attitude shown towards repressive societies as well their celebration of life and earth. Hippie men and women would grow 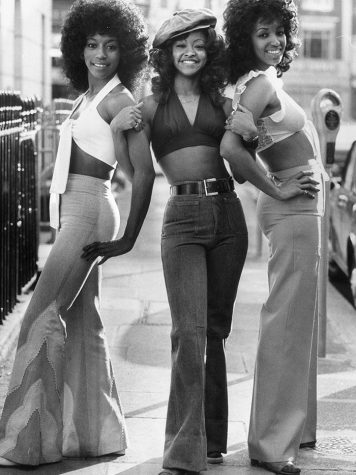 The 1970s had a wide variety of styles from party wear worn on nights out, to colorful athletic wear. Women’s disco style was typically flared pants, cape-like sleeves, tube tops, and bright colors. 1970 was also big for sportswear as women were seen playing sports more often, for women it mostly consisted of tight-fitting shirts and short shorts. 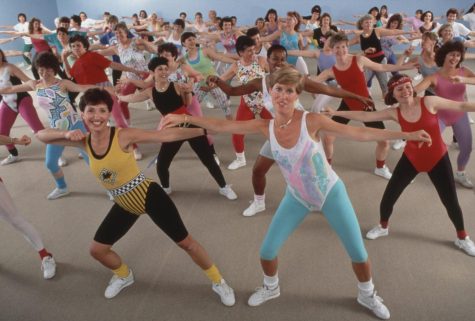 The 1980s continued the trend of sportswear but made it way more bright and colorful. Now women were seen in bright-colored leotards with tights under and leg warmers. They would have their hair crimped and a half up half down ponytail. Women also started to move onto “power dressing” and started wearing dress suits with shoulder pads and puffed sleeves, with a more “professional” look to it as well.

Finally, in the 1990s, women’s fashion had moved to a more casual and minimalist look. The top picks for women became biker shorts, leggings, and oversized clothes, the mini-skirts, flares, and punk looks had made a slight return. Vintage clothing had also made a comeback as an extremely well-liked style.

Women have overcome sexism and stereotypes enforced in fashion, but are still being told what they should and shouldn’t wear. Women started off wearing dresses at all times and being judged, but now in 2022 we see fashion has become more open and free. Old fashion has helped create varieties of new fashion as well as bringing these trends back. Fashion has become a way of expressing yourself and feeling comfy as who you are.