Why is Critical Race Theory Under Attack? 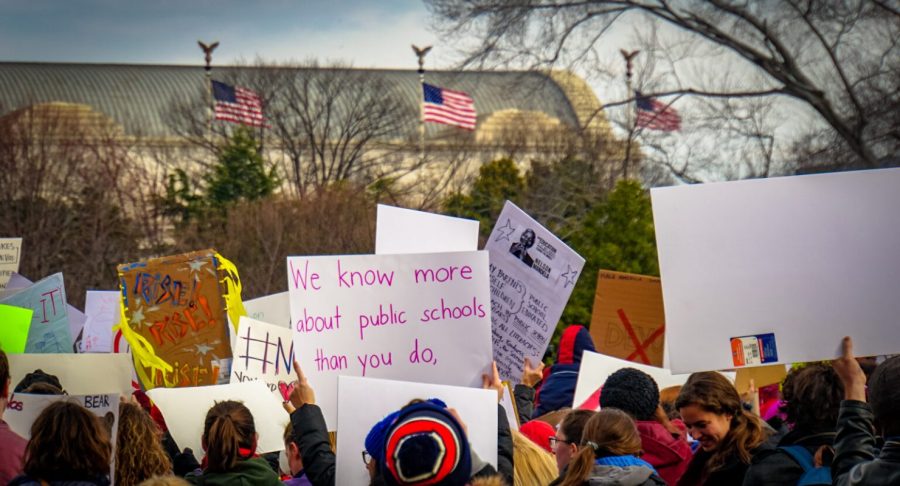 Critical race theory has been a hot topic of discussion throughout the country recently. Governors, state representatives, school board members, and parents across the nation are up in arms about critical race theory being taught in K-12 schools.

But what is critical race theory and why is it so controversial?

Critical race theory, or CRT as it’s sometimes called, is an academic concept investigating how society and government perpetuate systemic racism. CRT is not new. The term was coined in the 80s by Kimberlé Williams Crenshaw, a law professor at the U.C.L.A. School of Law and Columbia Law School. CRT is taught in law schools and some universities. Despite the national discourse, critical race theory is not taught in K-12 schools; even though perhaps it should be.

“It’s only prompted interest now that the conservative right wing has claimed it as a subversive set of ideas,” said Professor Crenshaw to the New York Times.

In the wake of the protests over the police killing of George Floyd last year, use of the term critical race theory entered the zeitgeist after former President Trump issued an executive order barring diversity training, claiming critical race theory was divisive. From there use of the term started to expand to cover any sort of education about racism and some people started to believe that CRT was being taught in K-12 schools.

“So you have a situation where virtually all school districts confronted about this are saying, we don’t teach critical race theory. It’s not part of our curriculum,” says Tyler Kingkade, a national investigative reporter at NBC News in an interview on NPR.

State governments and school boards have been working to address whether or not they will allow schools to teach critical race theory all while the definition of CRT continues to be misconstrued across the nation.

“Opponents are using critical race theory as really more of a catchall to include anything teaching students about systemic racism, any mention of white privilege, and, really, the definition that they’re using has expanded to include anything related to equity, diversity and inclusion,” says Kingkade who has been investigating the tactics and goals of the people behind the movement to ban CRT.

Elementary, middle, and high schools teach about the history of people of color through education about slavery and the Civil War. However, the K-12 school curriculum does not dive into the systemic aspect of racism as this more complex lens of history and the modern world is typically reserved for college and graduate students. Yet politicians and community members’ attack on CRT, or at least what they believe CRT to be, has been relentless.

As of April 2021, 36 states had implemented legislation restricting or prohibiting the education of topics concerning race and racism. As definitions of critical race theory change in each school board meeting and governor office, these policies are restricting the education of general topics about race, consequently censoring the history of people of color that students learn about in schools.

In October 2021, the Alabama State Board of Education passed the “Resolution Declaring the Preservation of Intellectual Freedom And Nondiscrimination” which described racism and slavery as “betrayals of the founding principals of the United States.” This resolution banned aspects of instruction of critical race theory on the grounds that it blamed groups for discrimination due to their race or sex.

In November 2021, North Dakota Republican Gov. Doug Burgum signed a law which became effective immediately, prohibiting instruction on CRT in public schools and any curriculum that implies that “racism is systemically embedded in American society and the American legal system to facilitate racial inequality.”

On June 8, Iowa Republican Gov. Kim Reynolds, announced that she signed into law a bill limiting education of institutional racism, white privilege, and critical race theory in K-12 schools and public universities throughout the state.

Each of these laws restrict education around race and stifle the voices of the oppressed in history for the sake of ‘patriotism’.

Opponents of CRT believe that education surrounding systemic racism in America blames white people, divides the country, and impedes unity by identifying the oppressed and the oppressors. They worry that instruction about institutionalized racism—or even just the history of people of color—will encourage students to hate their country and each other.

Critical race theory does not divide people or pit white and black students against each other. People can unknowingly perpetuate racism, and education about systemic racism provides students with the opportunity to dismantle that behavior and the systems that enable it.

You can educate people about racism without teaching people to be racist.

On March 18th of 2021, the California State Board of Education approved guidance that will aid schools in developing their ethnic studies class, making California the first state to offer an ethnic studies framework for educators. The course is to be implemented in classrooms by 2030. This decision coincided with the national scare about the implications of teaching critical race theory and opposition to CRT are conflating California’s new educational standard.

“The Ethnic Studies Model Curriculum is aimed at empowering students by illuminating the often-untold struggles and contributions of Native Americans, African Americans, Latino/a/x Americans, and Asian Americans in California,” states the release from the California Department of Education. The curriculum that is being developed for the new graduation requirement is not CRT.

“Today’s historic action gives schools the opportunity to uplift the histories and voices of marginalized communities in ways that help our state and nation achieve racial justice and create lasting change,” said Tony Thurmand, State Superintendent of Public Instruction, “By fostering our understanding of the struggles and achievements of people of color, ethnic studies benefit students of all backgrounds—and that is why today’s work is so important.”

The level of nuance to CRT and ethnic studies classes soars over the heads of many Republican lawmakers as they continue their efforts to expunge education about racism and people of color from the American education system. The history of racism should not be ignored and cannot be erased when it persists in our world today.

A part of the ethnic studies class curriculum includes the The Four “I’s” of Oppression which include ideological, institutionalized, interpersonal, and internalized oppression. Ideological oppression is about people upholding the views of an oppressor by believing a group to be superior in different ways. For example, believing that gay men can’t donate blood because they are “diseased” even though HIV is actually more common in straight men or thinking women do not get paid as much as men because they naturally seek out lower paying jobs.

Racism is systemic in America, prevailing through hate crimes on college campuses, discrimintation in the workplace, and unequal treatment in healthcare. The belief that a group of people hold dominance over another and should remain superior through control of society is institutional oppression and is found everywhere in America—even in K-12 schools.

The achievement gap reveals how students of color are at an academic disadvantage across the board while the discipline gap proves that students of color are disproportionately punished when compared to their white counterparts. Providing students with the opportunity to learn about how they and their peers are affected by systemic oppression will empower them to rectify the systems that continue to oppress them. Ethnic studies education may also be one solution to ending racist behaviors in K-12 schools.

Personal racism, also known as interpersonal oppression, is pervasive in American schools. Late last year, the Placentia-Yorba Linda High School Board met to discuss banning CRT. This is the same high school where a student made a racist poster in preparation for a football game against a neighboring school with a high latinx population. The sign read “ur dad is my gardener” and although the high school denounced this discriminatory behavior, board members and community members alike attacked instruction that teachers used to deter racism.

One board member did not want curriculum material that discussed white supremacy, privilege, microaggressions, or anything disparaging a particular race. One community member wore a sign stating “I’ll pull them” implying they would remove their kids from school if the board did not ban critical race theory.

Despite the outrage from the adults in the room, the vast majority of students who spoke at the meeting denounced the ban and were in support of the ethnic studies class currently offered at their high school.

Internalized oppression is the culmination of ideological, institutionalized, and interpersonal oppression. People who are oppressed begin to internalize the ideology of their own inferiority as this concept is conveyed through the institutions around them and reflected in the behavior of the oppressors.

“If we have been told we are stupid, worthless, abnormal, and have been treated as if we were all our lives, then it is not surprising that we would come to believe it,” states the The Four “I’s” of Oppression document adapted for use by the Chinook Fund.

There is no room in classrooms for glorified versions of history that allow students of any skin color to remain ignorant of the prevalence of racism and oppression in society. Ethnic studies and critical race theory are integral for students to be aware of their privilege and to support each other in a world that is not yet wired in favor of equality.