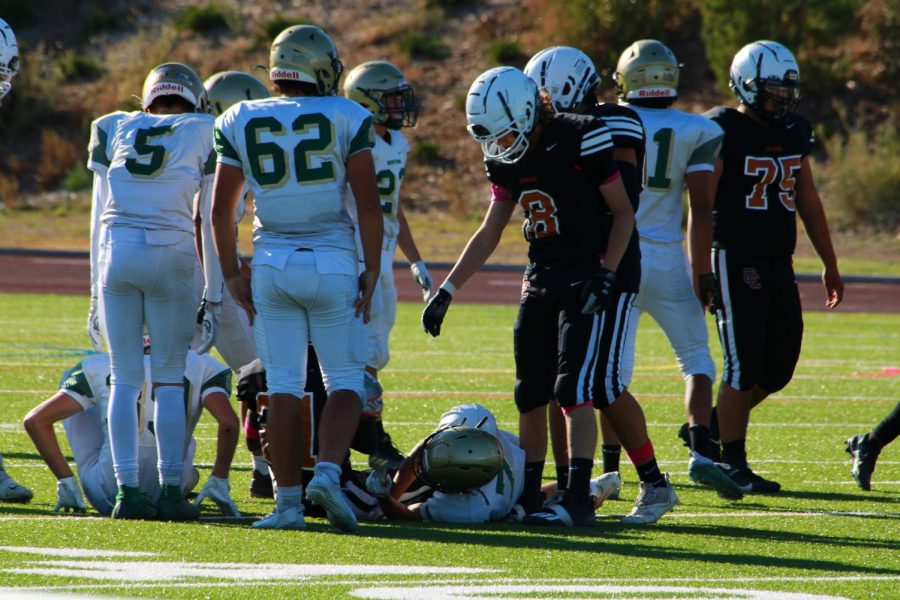 Castaic High School’s first home game of the year took place on October 14th. With sunny skies and perfect weather, the stage was set for an amazing afternoon of high school football. The Castaic Coyotes played against the Mira Costa Mustangs in an entertaining game. Not only was this game the first home game of the year, but it was also the first time the marching band, the dance team, the Student Section, and the color guard all performed at the game.

The game ended in a comfortable win for the Coyotes as they managed to score 41 points and kept the opposing team at bay with only 3 points. It was a spectacular game full of entertaining moments. A memorable moment from the game was the 5 interceptions that the defense managed to rack up. Not to mention, the 6 crucial touchdowns that allowed the football team to come home with the win. One of Castaic High’s football players, Ty Yeyna, shared some of his thoughts on the football game. “I’m proud of how as a team we really came together and improved,” says Ty. The football team has in fact improved greatly since it first started as this is the first season that they have ever won three games. 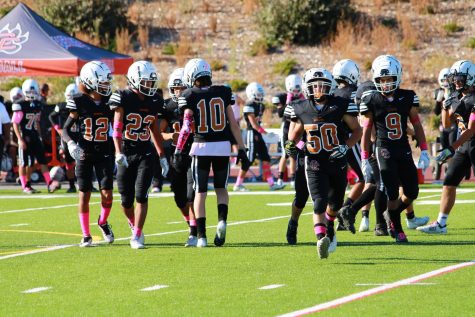 Aside from the football team, numerous performances at the game enlightened spectators all throughout. First-time performances at half-time by the band, color guard, and the dance team were a joy to see while cheer was shouting chants of encouragement for the football team from the sideline. It was also the first time that Castaic High School had a Student Section supporting the players throughout the game. The theme of the football game was Pink-Out in support of breast cancer. The football players as well as many of the students were wearing pink to provide awareness for breast cancer.

Overall, Castaic High’s first home football game of the season was quite a success. The football team added one more win to their belt along with debuts by the band, color guard, and the dance team. This breathtaking game will go down in the history books of Castaic High School.