The Dark Side of Communism 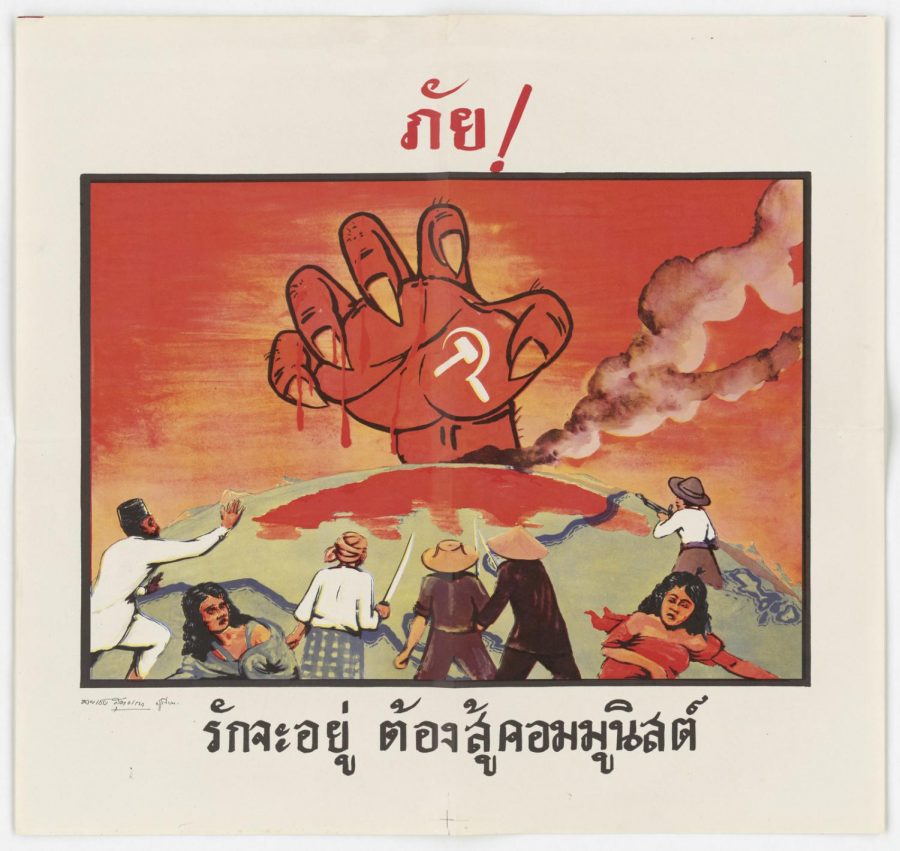 The promise of absolute equality and triumph demonstrates a clear deception of the communistic ideology. Political leaders guided by a communist agenda, such as the infamous Joseph Stalin, obtain total control over their nations through government-controlled media, businesses, and properties, in which privately owned corporations and land are eliminated. In utilizing former privately owned land, the government will claim these properties and distribute each of them, with the intention of every family achieving equal possession of property. Communism presents an idealized “classless society,” in which each citizen contributes a working factor for the government to meet their minimum needs, such as universal social welfare. In order to establish a uniform working class within society, a Communistic government forces each citizen to pursue a predetermined major and career, such as an engineering, medical, or agricultural route, even if the individual fosters a passion for another career or hobby. Though achieving equality for all is a critical factor within a society, the detrimental aspects of this economic system, established in countries such as Russia, China, and North Korea, each reveal numerous ways in which communism has, and always will, crumble.

Let me ask you this question: What historical event symbolizes the largest mass murder in history? Was your answer the Holocaust, in which Adolf Hitler and Nazi Germany exterminated over six million Jews? Although an unbearable amount of deaths was a result of this genocide, this, by far, is one of the numerous incorrect answers. Try multiplying six million by 7.5. The total death toll finalizes at an estimated forty-five million, as a result of the historical event of China’s Great Leap Forward. Peasants underneath the Chinese Communist Party, led by Chairman Mao Zedong, “launched [a] campaign to reconstruct the country from an agrarian economy into a communist society through the formation of people’s communes,” throughout the time frame in which he was in power, from 1943 until his death in 1976. The keyword mentioned is reconstruct. In order to fulfill the desired classless society, a Communistic political official must reorganize how each individual fits into society, and in this case, everyone falling underneath the working class. An attempt at this reorganization was clearly demonstrated in the horrific disaster within China from 1958 to 1962, historically known as the Great Leap Forward. An ultimate goal of strengthening the Chinese economy and industry through “purging remnants of capitalist and traditional elements from Chinese society” failed miserably, resulting in execution or exile of those who were considered a threat or an insignificant addition to society, a shortfall of food production, and eventually the largest famine in human history. Although the Great Leap Forward consistently proved to exacerbate “those who tried to communicate [the failures to] Mao, were denounced as traitors,” and ultimately branded as anti-Communists, meaning these individuals symbolized a threat to the Communist leader’s goals for the nation. In partial resemblance to the Ottoman Empire denying their immediate influence in the Armenian Genocide, “the [Chinese] government is unwilling to admit that the mass murder was intentional and continues to occasionally suppress and persecute dissidents who point out the truth.” In other words, any individual posing a threat or cause for rebellion is eventually silenced, possibly through imprisonment.

The remaining citizens underneath the control of the Communist regimes, who unleashed mass murder on a significant percentage of their society, continued to face the torment of tyranny, oppression, and excruciating labor within “re-education” camps, implemented by the Communist Parties in countries such as China and Russia. One of the utmost prominent examples of this was the U.S.S.R. Gulag System. During the time period of the dictatorship of Joseph Stalin, the Soviet Union enforced labor camps, in which “prisoners received inadequate food rations and insufficient clothing, which made it difficult to endure the severe weather and the long working hours; sometimes the inmates were physically abused by camp guards.” The death toll of these inmates was tremendously high, as a concluding result of the horrific working conditions, extreme climate, scarce nutritional necessities, and abusive treatment each individual endured. Stalin’s desired “campaign to turn the Soviet Union into a modern industrial power and to collectivize agriculture in the early 1930s,” became a major contributing factor to the incorporation of concentration camps, just as implemented within Nazi Germany. Throughout the 1960s and 1970s, just as the Chinese government silenced opposing activists, the labor camps under the Gulag System “would be turned into prisons to isolate and punish [dissidents, or protesters].” Aleksandr Solzhenitsyn, a Russian literature winner of the 1970 Nobel Prize and objector of communism, was sentenced to and endured eight years within, as he references them- Special Camps, and was later “not to be released but EXILED FOR LIFE to Kok-Terek, southern Kazakhstan.” This was a repercussion of his disapproving attitude towards the Communistic Soviet Union, and “criticizing [of Joseph] Stalin in private correspondence.” Within Aleksandr’s autobiography, he elucidates the timeline of his life, including the following statement: “I scarcely dared allow any of my close acquaintances to read anything I had written because I feared that [my work] would become [publicly] known.” Understanding how Solzhenitsyn was stripped of his citizenship, sent to Special Camps, and eventually exiled from the Soviet Union, as well as noting the fact that Soviet authorities constantly attempted “to stop the actions of human rights activists, arresting and imprisoning many of them,” demonstrates the fear and total control that communist regimes enforce upon their people, in the past, present, and likely the future as well.

The most significant ruse that a Communistic official can preach is in regard to “equality for all.” They may claim the current government is corrupt and fuels an oppressive society. This is where they decide to appeal to particular groups of individuals within the nation, campaigning that they could bestow a better life for every citizen, and ultimately establish a classless society. Though, this proves to mask the disastrous reality, as citizens living under the Soviet Union died of malnourishment, cannibalistic acts, and inadequate shelter, while the ruling elite lived in prosperity. Erasing the divided class ranks, competition was ultimately eliminated, allowing the government and the elite to control every aspect of the country. The highest-ranking North Korean defector and former international-secretary of KWP, Hwyan Jang Yop, establishes the detrimental human rights violations of individual citizens residing underneath the communistic ruling of North Korea. Hwang Jang Yop illustrates: “Human rights cannot co-exist with absolutism of the Great Leader. Only the Great Leader has absolute human rights; all others are simply his vassals. An individual’s fate and human rights belong not to the individual but to the Great Leader.” The lack of a benevolent political leader, such as those controlling the Communism Parties, strips the basic living conditions and treatment of citizens, ultimately resulting in millions of lives being compromised. Beyond such a significant numerical value of individuals dying of malnourishment or even cannibalistic acts, those with stronger immune systems were still practically left for dead, as the ruling elite “prohibit the people from seeking ways to fend for themselves, and continue to subject the starving masses to forced labor.” What happens to the opposing few, you may ask? Individuals counteracting this law are directly met with North Korean security agents, as well as armed forces. They are further prohibited to seek refuge from relatives in neighboring countries. For instance, if an individual manages to “reach the Northeast region of China, [they are arrested and dragged] back home like escaped slaves,” and are eventually faced with barbaric punishment for their crimes. To this day, North Korea proves to be one of the utmost repressive nations in the world. The government’s incitement of fear and obedience from its citizens is established through the routine use of “arbitrary arrest and punishment of crimes, torture in custody, forced labor, and executions.”  Furthermore, the restriction of “all civil and political liberties for its citizens, including freedom of expression, assembly, association, and religion,”  generates the accessibility for the North Korean government to easily eliminate the motivation towards opposition, private correspondence, international transfer of news, and privatized media.

In addition to the horrors of the numerous crimes committed by Communist regimes, in no way should further historical catastrophes be disregarded, such as China’s Great Leap Forward, the Killing Fields of Cambodia, the U.S.S.R. Gulag System, and far more. From personal experience, witnessing such a significant percentage of individuals idealize the Communist Party is appalling. The outrageous number of total deaths resulted from Communistic nations combined “approaches [to an estimated] 100 million people killed.” Although there are numerous survivors of such atrocities, it is shocking to notice so many individuals out-right dismissing these horrific events, and further idealizing the narcissistic powers of the elite. Just about every individual worldwide obtains some acknowledgment of the Holocaust and freely expresses opposition to the Nazis and fascism, though particular groups of people will also support and idealize the concept of communism. What is not entirely understood are the extreme similarities between Adolf Hitler and Joseph Stalin, the most prominent Russian Soviet leader. Although these individuals highly oppose one another’s economic agendas, both oppressive dictators share a narcissistic and sociopathic personality through “[suppressing] opposition with brute force, [whilst] controlling the media, the police, and government bodies to become absolute rulers with total power over their people.” All in all, these mass murderers can be referred to as “two sides of the same coin.” If Hitler and the Nazi Party are continuously opposed as a result of the horrific crimes and negative customs of ruling enacted upon his people, the Communist Party and their detrimental attributes must be viewed in the same way in order for individuals underneath their control to achieve basic human rights. Driven with the goal of achieving “the freedom of more than one billion people held captive by these regimes,” we must enlighten the population of the false hope, as well as the catastrophic events and statistics revealing the true dark side of Communism. 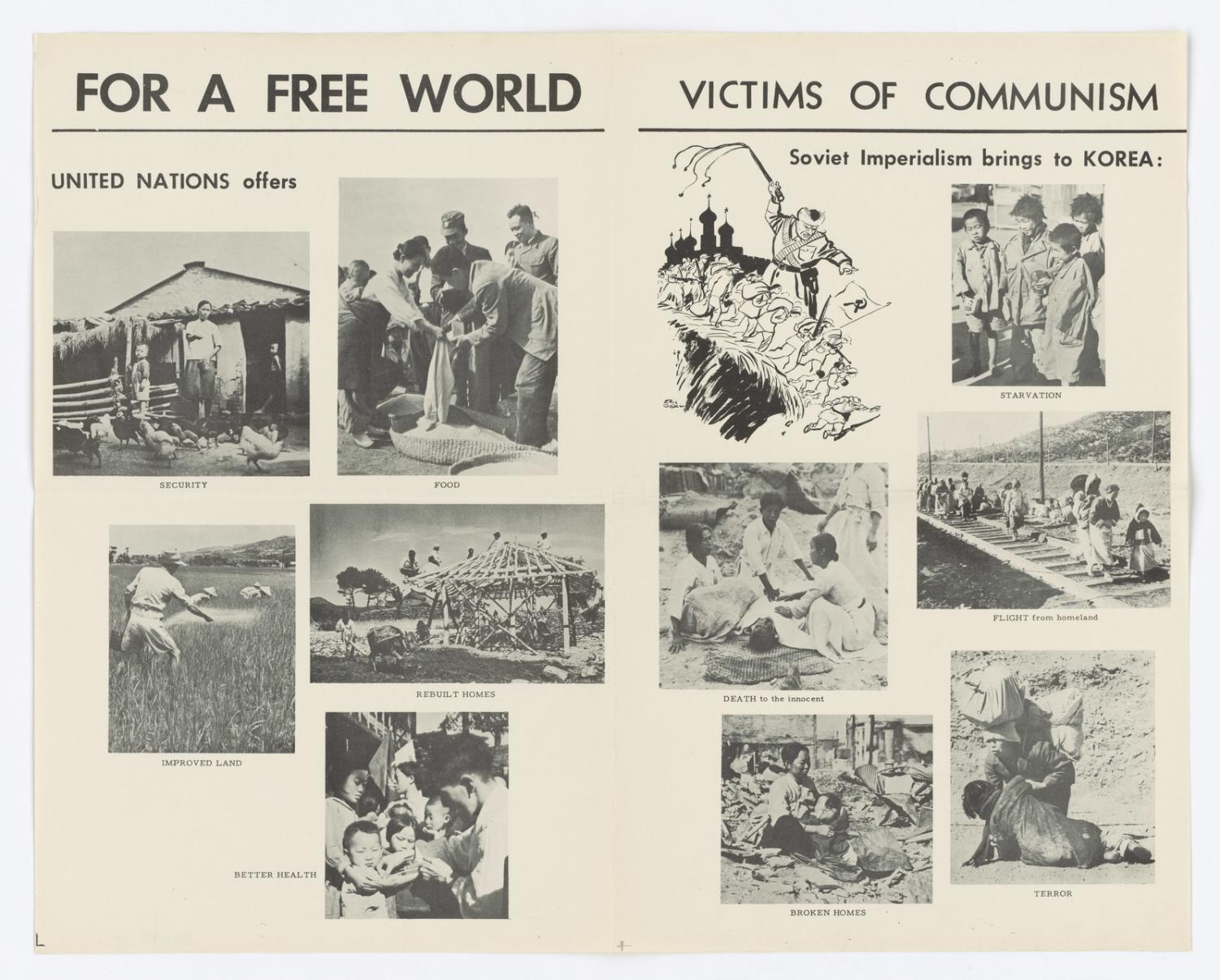