The Mentality Behind Watching Horror Films 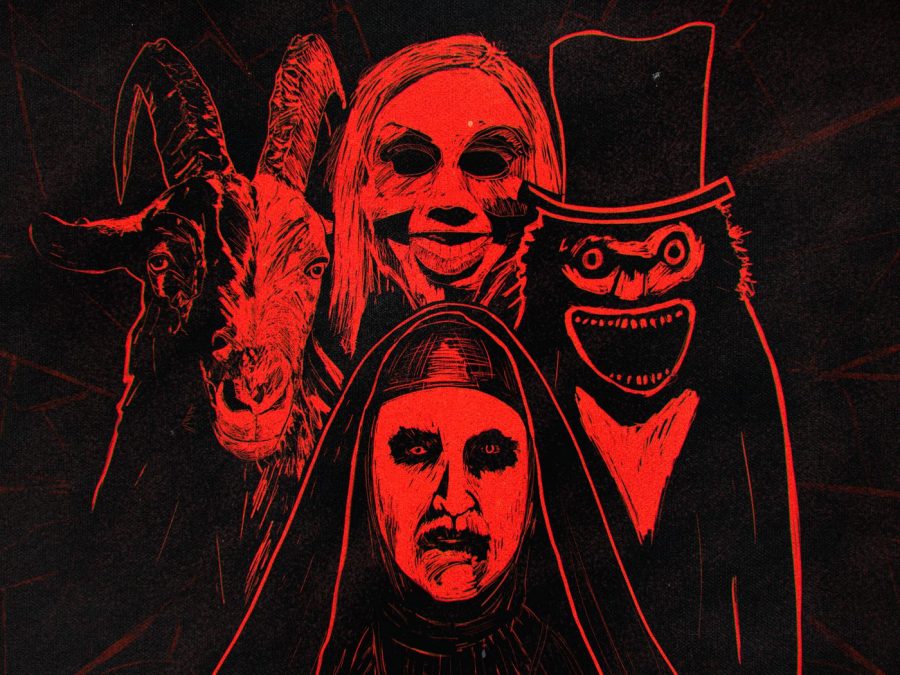 The idea of going to a movie theatre to sit down with a bag of popcorn and watch a murderer or a creature lurking in the shadows hunt down its unfortunate victim is a compelling but daunting action. I dislike horror movies, the accumulation of deepening tension and the subsequent release was a null feeling. Yet, time and time again we continue to look forward to watching these movies and attend them with high anticipation. Furthermore, classic horror and slasher movies have been annually released in October, such as Halloween featuring the slasher Michael Myers. Nonetheless, why are we tempted and attracted to such grotesque, anxiety-inducing products? From a wave of thrill-seeking to an ever-changing perception of what is considered evil, and forging bonds with others through intensifying sequences, there are a variety of heart-pounding pretexts.

First and foremost, a major factor that plays a role in why horror movies are so alluring is the gradual and elaborate build-up of suspense. Every camera angle daring to turn the corner or every sound effect such as rustling in the bushes are all contributors to that build-up of suspense, that hazardous uncertainty that surrounds our protagonists. Furthermore, this all leads up to that pivotal turning point, in which that uncertainty manifests into an imposing threat. To illustrate, G. Neil Martin, the writer of the article Why Do You Like Horror Movies, explains that “suspense and resolution of suspense are two important components of horror and our response to horror films. Suspense refers to the build-up to the threat, the tension created prior to the manifestation of the threat, and the resolution/elimination of the threat.” As a result, the sensation that overflows you when the main characters are frantically fleeing from the prowling murderer or creature is the initial release of the built-up that had occurred scenes prior.

Secondly, that distinct lack of what is considered evil plays a role in how effective horror movies can be for the viewer. Originally, religion played a crucial role in deciding what was evil, providing us with reasons that we never pondered. However, with the loss of religion, many possible explanations are fabricated in an attempt to understand what is evil or not, this distancing from what is evil is what enables us to watch horror movies. Additionally, that same lackluster understanding or explanation on why something is evil is what gives us insurance that the evil haunting our unfortunate protagonists is not operating off of rational thought, it is more of the supernatural or the unknown. To demonstrate, in his article, Why Do We Love Horror, Bonnie Evie Gifford argues that the genres of horror place a sense of security on us, that the evil that is encountered is something otherworldly, it is a safe “evil” that is explained on a whim and is not comparable to the realities of the real world.

Thirdly, horror movies forge bonds and can add layers to relationships. The shared experience of going through the thrilling scene of an ax murderer, an evil clown, or just the absolute terror of the darkness draws individuals closer together.  In other words, the writer of The Psychological Reason Scary Movies Are Sometimes Oddly Comforting, Kristine Fellizar, believes that situations that serve as a medium for fear can amplify the natural attraction between two people, bringing them closer together is also a substantial effect of horror movies. Thus, the exponential increase of a friendship or bond is sure to increase during the viewing of a horror movie, bringing people closer to each other one jumpscare at a time.

In conclusion, many aspects come into play when watching that murderer chase down our protagonists or listening to the deep breaths that the main characters release when they’ve escaped the darkness. Nonetheless, purchasing that ticket along with the popcorn and walking into that dimmed down movie theatre in order to watch a paranormal hunt down its victims might be worthwhile after all.